We demand justice for George Floyd 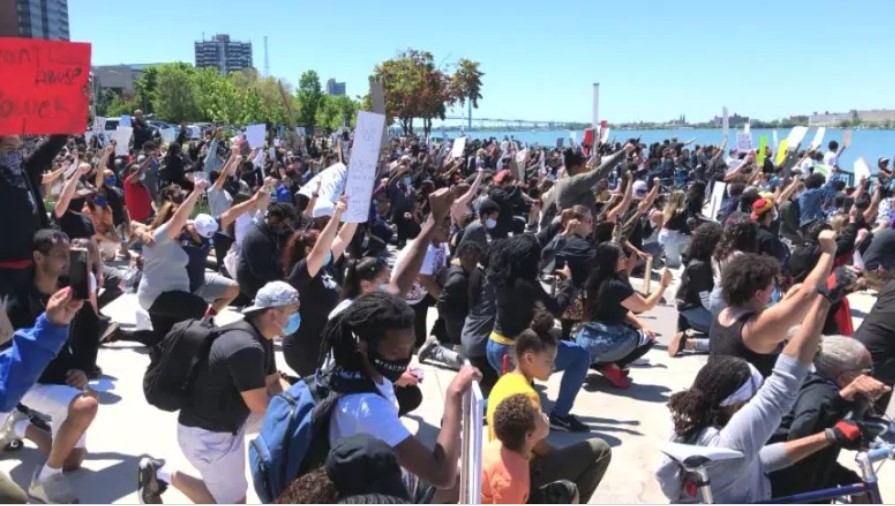 During the past week, the world has witnessed the brutal death of George Floyd, an African-American citizen murdered by a police officer in Minnesota, in a vile act of white supremacy. This is just another episode coming from a country with a long history of structural racist behaviour, and with a dominant police culture that plays a biased role and is highly supported by the administration of Donald J. Trump.

The Party of the European Left denounces this act of police violence in unequivocal terms, expresses its deepest condolences to George Floyd’s family, friends and community, and calls for his murderers to be held to account and for justice to be done.

The murder of George Floyd has again showed that the dominant political powers in the U.S. are collusive with a racist and unjust system that they fiercely protect. In the international community, it is our duty to ensure that the voices currently fighting for justice and equality are not silenced, and that we continue to denounce all governments – and the U.S. is certainly not the only one – who oppress and discriminate against people on the basis of the color of their skin.

The Party of the European Left will not remain silent in the face of such discrimination and state violence; it will always stand together with those fighting for a world where Black Lives Matter. Since Floyd’s death, people in cities across the U.S. and world have been taking to the streets to demand the same. We condemn the violence committed by police forces in many of those protests. These police actions are clearly not intended to protect fellow citizens but to inflame and cause further pain and violence. This has been underscored by the messages and actions of President Trump in recent days.

In the middle of the Trump administration’s catastrophic management of the COVID-19 pandemic, President Trump is pushing repression further, threatening the lives and safety of countless more people. Not only has he encouraged white supremacist demonstrations, but he has also recently declared that antifascists will be treated as terrorist organizations.

To all our comrades in the U.S., to all its social movements and organizations, to all communities put at risk by police violence as well as the ongoing right-wing radicalization of the U.S. presidency, we want to say that you are not alone. We stand by you and alongside all citizens in the streets who know that this has to stop, that structural racism must be addressed once and for all, and that Trump and Trumpism can have no place in society going forward. Systemic racist violence will not end without a deep change in the economical, societal, political and cultural structures of the U.S., and we applaud those in the streets protesting to make that change happen. Know that we are there with you.