Venezuela between pirates, COVID and sanctions 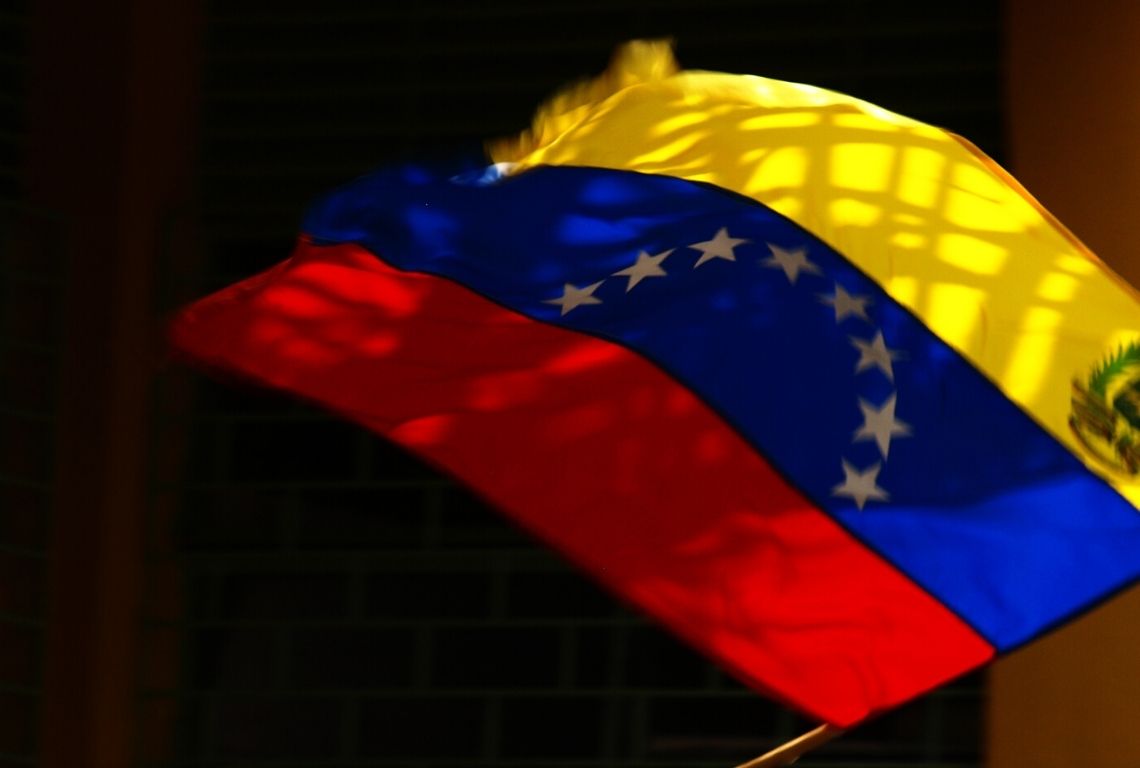 If it weren’t serious, we’d laugh at the cynical hypocrisy of the empire. For almost 20 years Washington and London (and the European Union) have been behaving with Maduro’s Venezuela like old corsairs.

by Marco Consolo, Coordinator of the Latin America and Carribean Working Group

Chronologically, the latest measure of July 2 is the decision of a British judge not to return 31 tons of gold deposited by Venezuela in the Bank of England, for a total of about 1 billion dollars. The official motivation of the judge and “Her Majesty’s” bankers is that the British government does not recognize the constitutional government of Nicolás Maduro but the self-proclaimed puppet Juan Guaidò. Last March Venezuela had requested an emergency loan from the International Monetary Fund (IMF) to fight the Covid-19, a loan denied under pressure from the United States. Again, the IMF’s “justification” was not to recognize Nicolás Maduro as the legitimate President.

In their obsession to asphyxiate Venezuela, the different U.S. and British administrations have followed a script of growing attacks in a framework of “multi-dimensional war”: media, military, diplomatic, commercial, financial, etc. As in the sieges of the Middle Ages to conquer the enemy’s castle, they try to vanquish the population by hunger and hardship. Only to then invoke the “humanitarian crisis” and the need for a foreign military intervention. Parallel to the military interventions (in May, the umpteenth attempt with “Operaciòn Gedeón“), the last attacks were concentrated on the commercial and financial side, creating a real “bloqueo“, as with Cuba. A bloqueo that became more aggressive after Venezuela’s announcement to abandon the dollar in commercial transactions and the adoption of a crypto-currency in international trade.

A few days ago, coincidentally after the announcement of upcoming elections (scheduled for December 6), in line with the United States, the European Union announced new sanctions, not only against representatives of the government, but also against opposition leaders, guilty of disagreeing with the violent and golpista strategy of the extremist fringes of the opposition.

But let us take things one by one.

The hostilities have started since Chavez’s electoral victory in 1998, well before the self-proclamation of an obscure character as ‘interim president’ of Venezuela in January 2019. Chavez’s victory caused Washington to lose control of “Saudi Venezuela,” a country with the largest proven oil reserves on the planet and only two days’ sailing from refineries on the US West Coast. An unacceptable situation for the voracious multinational oil companies, which have since then done everything they could to grab the lost loot. In a crescendo of aggressive actions (including the engineered fall in crude oil prices) after Chavez’s departure, it is the Maduro government that suffers the heaviest blows. From March 2015, with “Executive Order 13692” of Barack Obama, later reconfirmed also by Donald Trump. The presidential decree declares Venezuela an “unusual and extraordinary threat to the security of the United States“, giving a legal mantle to media, political, diplomatic, financial, military and paramilitary operations, which have been covered for a long time. Wikileaks’ revelations, the declassified documents of the U.S. government and the latest book (The Room Where It Happened) by John Bolton, former national security adviser, have confirmed its existence.

At first, the retaliatory measures were applied to people linked to or close to the government, politically or for economic reasons, (including companies), as well as civil and military officials. Later, it was decided to “make the economy scream”, as Nixon suggested to Kissinger in the aftermath of the victory in Chile of socialist Salvador Allende, to protect the economic interests of US multinationals. And so, from individuals they then moved on to trade and finance, affecting the entire economy and therefore the entire population in its essential needs.

Modern “sanctions” try to bring about the country’s political and social collapse, hindering trade and preventing the import of food, medicines and essential goods, or blocking funds destined for their purchase, to make the population rise against the government. In Covid-19 times this strategy is even more criminal. The list of measures is long and not exhaustive. But by listing them, the figures and facts speak for themselves.

For example, the US Citybank refused to receive the funds for the purchase of 300,000 doses of insulin for diabetics, in open violation of international law.

In the “clearing houses” sector, Clearstream and Euroclear act in a context of duopoly. We are talking about two giants among the “exchange agencies”, financial intermediaries between governments that issue bonds and holders of securities that collect dividends. The first is based in Luxembourg, the second in Brussels.

The Maduro government has always honoured its debts, but Clearstream has not paid the shareholders the interest on the securities (for example in the case of PDVSA bonds maturing in 2019 and 2024). Under pressure and blackmail, some US funds have “suggested” to carry out checks on the “regularity of Venezuelan payments”, freezing dividend payments using an uncommon procedure [i].

Under pressure from the U.S. Treasury Department, the other giant, Euroclear (custodian of a significant portion of Venezuelan sovereign bonds) has been freezing bond transactions since 2017 for “reviewing” and “procedural reasons”. These white-collar thieves are thus blocking more than 1.2 billion Venezuelan dollars earmarked for the purchase of food and medicine.

On the British side, modern privateers pull off a big score. In the past, privateers were famous for their assaults on the oceans on behalf of “Her Majesty”. In the present, reviving traditions of service, the Bank of England initially refused to return 14 tons of gold bars (about $550 million) deposited from Venezuela in London.

To the first 14 tons of gold, 17 more were added, given as collateral to Deutsche Bank, which unilaterally closed a “swap” contract with Caracas (guaranteed by the bars), and kindly turned them over to the British in the London account. In other words, the Venezuelan Central Bank (BCV) not only had to repay the loan obtained in valuable currency, but did not regain possession of the guarantee. In short, the Bank of England is the protagonist of a double theft by thieves in double-breasted suits, of an international piracy operation with the White House at its fingertips.

As you will remember, in 2011 Hugo Chavez tried to repatriate 211 tons of gold sent by the governments of the Fourth Republic to England and other banks around the world as collateral for loans from the International Monetary Fund to the governments of Jaime Lusinchi in 1988 and Carlos Andrés Pérez in 1989. But Caracas failed to repatriate the bars in their entirety.

And according to Bloomberg’s financial service, the July 2018 bonds listed on the international stock exchanges had lost at least 57.24%.

In March 2018, Trump renewed Decrees 13692 and 13808 and launched new unilateral coercive measures, prohibiting debt restructuring and preventing the repatriation of dividends from CITGO, a subsidiary of the Venezuelan state-owned oil company. Following this, the U.S. Treasury Department alerts financial institutions to the “possible link with the corruption of Venezuelan public transactions”. It makes it even more difficult to pay suppliers of essential goods, such as food and medicine.

In January 2019, the White House announced new “sanctions” to the state oil company Petróleos de Venezuela S.A. (PDVSA) through its CITGO subsidiary in Texas. The loot is 7 billion dollars in goods and the blockade of another 11 billion in crude oil exports for 2019. The first effect is to strengthen the theft of Venezuelan resources and goods in the U.S. and other countries, a process that began with CITGO’s pirate boarding, but now covers all Venezuelan assets in the U.S. and affects any country or company that has business relations with Venezuela.

The “continuous coup d’état” also includes economic sanctions and a financial blockade that, according to a study by the Centro Estratégico Latinoamericano de Geopolítica (CELAG), caused losses of 350 thousand million dollars in production of goods and services between 2013 and 2017 [ii].

At the height of cynicism, and in the face of the blockade of at least 18 billion Venezuelan dollars on the U.S. side, Secretary of State Mike Pompeo (former head of the CIA) had promised aid of 20 million dollars for “humanitarian aid”, and Canada another 39.

Although the “sanctions” would have effect only on the territory of the United States, in reality, they are applied also in third countries on the basis of the principle of “extra-territoriality”. Currently, more than 6,000 million Venezuelan dollars are illegally blocked in private international banks outside the United States [iii].

Similarly, transactions by U.S. companies or individuals with Venezuela are prohibited, extending this obstacle to third countries under threat of extortion to receive sanctions.

It’s easy to agree with the Venezuelan government: “If the United States really wants to help Venezuela, start releasing blocked bank accounts,” said its Foreign Minister at the UN Assembly.

Immediately lifting “sanctions”, peace, dialogue and respect for sovereignty are the only way to support the present and future of the Bolivarian Republic of Venezuela.