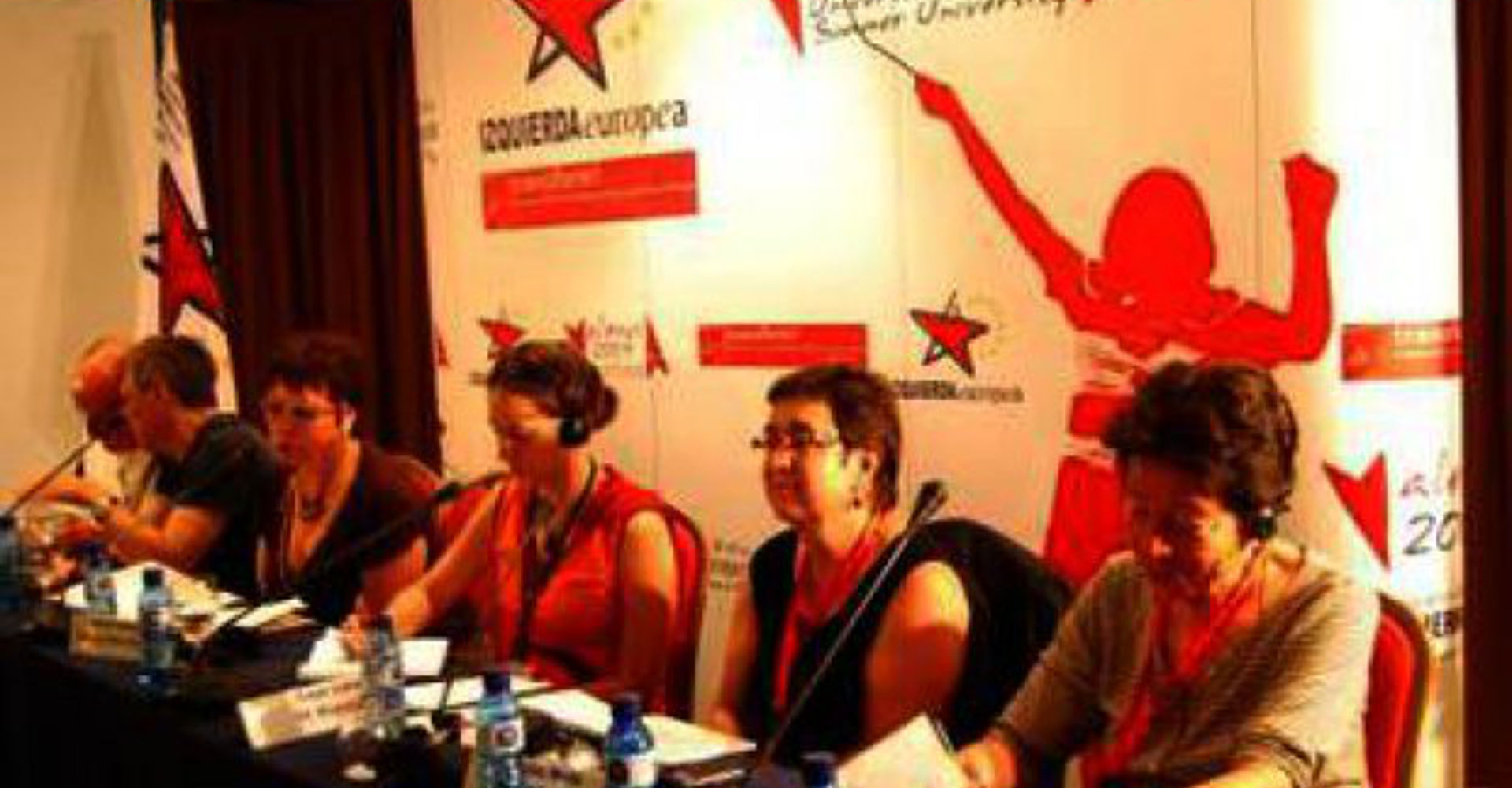 After four days of intensive discussions, accompanied by a cultural programme in Valencia, the 4th EL summer university came to an end. A variety of speakers discussed with 150 participants from 17 countries about topics as the current crisis, new ways of development, the Euro-Mediterranean cooperation, Latin America and of course the outcome of the last European Elections.

Among the speakers were the General Secretary Paco Frutos (PCE), the General Director Cayo Lara (IU) and a variety of invited speakers like the former economy minister of Ecuador Pedro Paez, Horst Schmitthenner from the IGM Germany, deputies in the European Parliament like Miguel Portas and Marisa Matias from Bloco de Esquerda (Portugal), Vera  Polycarpou from Akel (Cyprus), and many others. At the last day the participants concluded the Summer University with the following proposals:The common platform for the European election presented by the EL parties represents a first step for a left alternative to face the crisis of capitalism and demonstrated our capacity to work together. We should continue this work.Following the analysis of the unsatisfactory results of the last European elections, we find that the people of Europe seem to have a clear lack of trust towards politics, which translates into mass abstention. This is surely one of the major lessons to take from this election, and therefore people should be given the will to act politically once again.The European Union develops its action based on technical decisions and not on political grounds, in agreement with our governments, which are acting for the benefit of the capital.Our Left role is to fill this space with theoretical work and political struggle, to be able to face a new situation with multiple dimensions to take into account.

The political and economic agenda itself demands from us a work of reflection and development in the short delay:

We have to move from proposals to a phase of construction of common conceptual tools that will enable us to reach a new Left political vision. It is a matter of theorical and cultural work , which must be done both at national and European level, in solidarity with all other peoples of the world.Valencia (Spain), 26 July 2009.