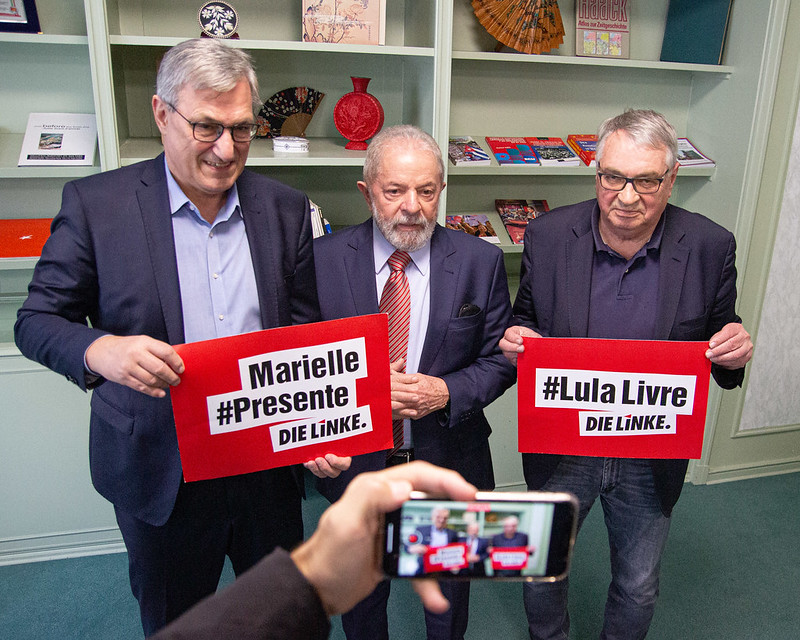 Today I met the former President of Brazil, Luiz Inácio Lula da Silva. Lula was imprisoned for more than 500 days due to an instrumental judicial process that prevented his 2018 presidential candidacy.

Under the fascist government, which has been in office for over a year now, human rights as well as the social and cultural rights of people in Brazil are seriously threatened. But all is not hopeless. Brazilian workers defeated once a nearly two-decade-long military dictatorship in the early 1980s through mass strikes, which led to the formation of the PT – Partido dos Trabalhadores, whose founding member was Lula himself. It is again time to stand up in a united struggle against Bolsonaro.

In our conversation Lula outlined the task of the global left to redistribute the wealth – I couldn’t agree more. Only a strong and internationalist left can stop the far right. Moreover, as the left we need to combine the social question with the ecological one.

Defending the freedom of former President Lula is to fight for democracy in Latin America and the world. It is also to not give up the struggle for the reversion of attacks on labor and social and ecological rights imposed by the current Brazilian government. Lula’s release does not mean the termination of the trial against him. Only global support and solidarity can secure his freedom.

The European Left supports the call for the process to be canceled. We are also looking forward for a further cooperation with Partido dos Trabalhadores as well as with São Paulo Forum.