No Pasaran to Trump’s Putschists! 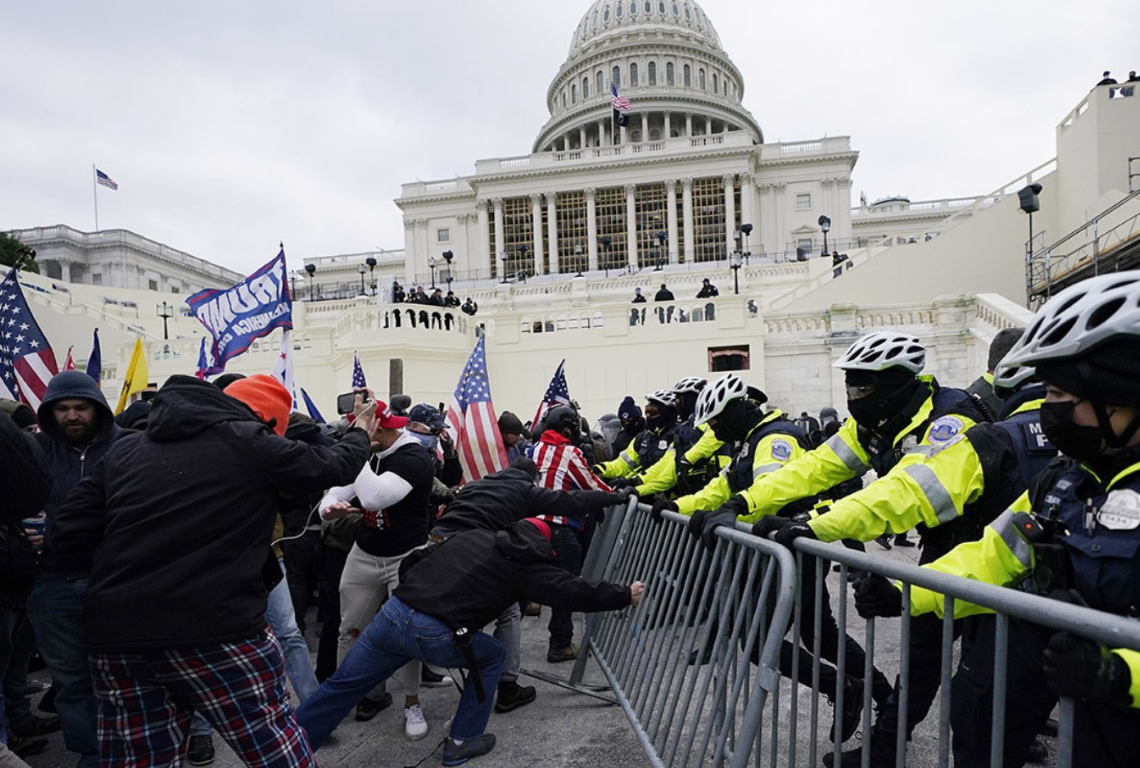 A mob of people loyal to President Donald Trump stormed the Capitol on Wednesday, halting Congress’ counting of the electoral votes to confirm President-elect Joe Biden’s victory. Trump lost the election by more than 7 million votes. His lawsuits were rejected by many judges but still he manages to convince his followers that the election was stolen.

“Yesterday’s violence in the Capitol is a warning about the empowerment of the far-right under Donald Trump’s administration, and urges everyone to prevent more serious threats to democracy in the future. The left needs to mobilize now alongside all other democratic forces, to stem back the growing influence of the far-right and reverse this process in favour of more democracy for all people” comments Heinz Bierbaum, the President of the European Left.

“The main responsible person for the situation – he continues – is Trump himself, who made it very clear that he wants to stay in power, and he has been encouraging the protest for weeks. The takeover of the Capitol by the far-right mob was accompanied by a complete passivity from police and security forces. The pattern is repeating here: left-wing protesters get treated with brutality, while the outgoing threats by right-wing protesters are ignored. I do hope that the Americans will manage to bring about a peaceful shift of power after all, and will preserve the integrity of democracy, as well as will hold accountable those responsible for the chaos and violence” adds Bierbaum.