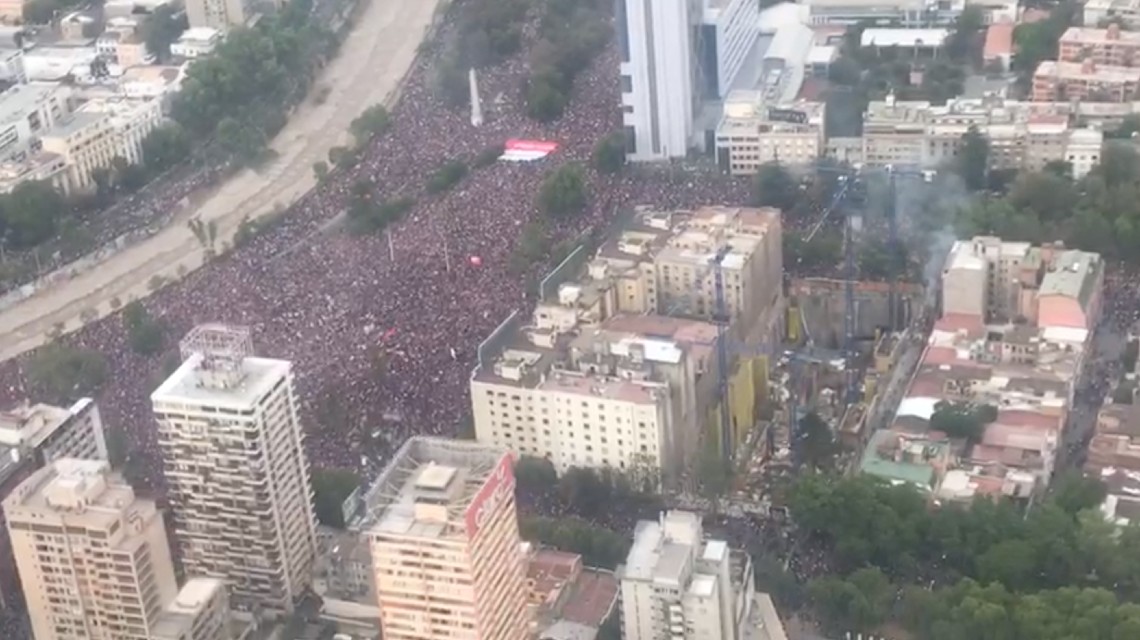 The EL supports the mobilizations of the people in Latin America against the governments of the right-wing and dictatorships of Lenin Moreno in Ecuador and Sebastian Piñera in Chile. Both governments caused tens of deaths, hundreds of wounded and thousands of arrests.

We also condemn the Brazilian government of Bolsonaro, particularly recognizable by its racism, sexism, and homophobia.

The three of them are characterized by anti-popular measures dictated by the IMF, on pensions, labor, education and public services, among others.

At the same time, we denounce the interference of the EU in Bolivia, questioning the election victory of Evo Morales, with a clear neo-colonial attitude.
The EL keeps standing against the Colombian government which does not respect the peace treaty with FARC and allows and covers up the killing of more than 150 ex-guerrilla members and more than 700 social movement leaders.

We also condemn the USA and EU sanctions against Venezuela, trying to destabilize the Bolivarian Process, as they do with the tightening of the blockade against Cuba.

The wind of popular resistance is strengthening and hope is growing to change not only Latin America but also Europe. We are in the same struggle to implement a society not for the few but for the many.

As EL we commit ourselves to mobilize both at the institutional level and in the streets in defense of people’s rights against neoliberal policies.