In honour of Miki Theodorakis, musician and anti-fascist that inspired resistance 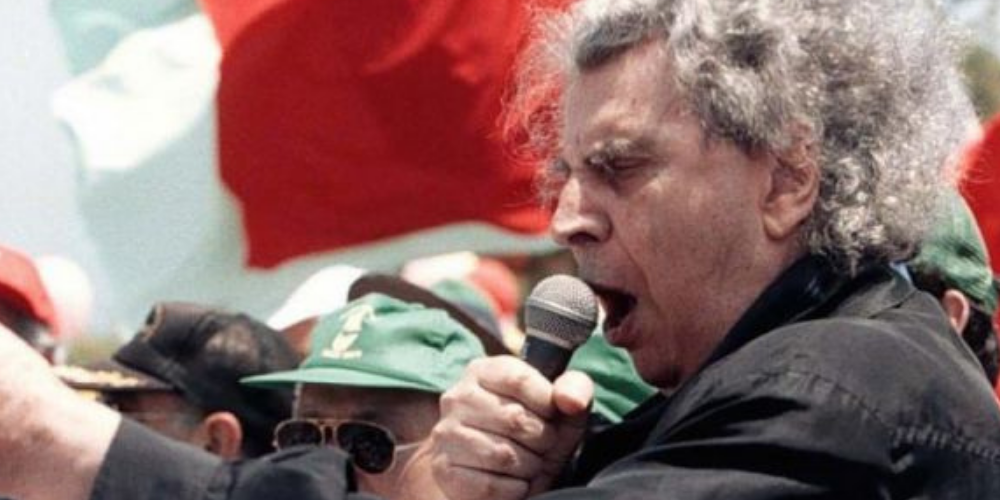 It is with regret that we write these lines, bidding farewell to one of contemporary Greece’s biggest personalities. Through his music and life, Mikis Theodorakis, the incomparable composer, everlasting fighter, partisan, communist and activist brought new meaning to freedom and political awareness. Theodorakis remains a symbol of the fight for freedom, democracy and social justice as well as a vibrant reminder of the battle against oppression and despair, as well as resistance.

The first time Theodorakis was imprisoned and tortured for his ideals he was only 18 years old, as a resistance fighter who served in the Greek People’s Liberation Army ELAS in the German occupation of Greece. During Greece’s bloody civil war, he was deported multiple times for his communist profile and sent to the camp island of Makronisos. After his release he went to Paris where he studied music and produced his first compositions, earning international appraise. Against the political circumstances, he returned to Greece in 1960, where he was tortured and detained again by the military junta that prohibited his music, which was always deeply political. After his friend Grigoris Lambrakis, a left-wing politician, was slain during a peace march in 1963, Theodorakis entered politics. In 1968, he was taken to a prison camp. Despite his confinement, Theodorakis was able to smuggle out cassette recordings and sheet music.

In 1970, Theodorakis moved to Paris. He met Pablo Neruda and Salvador Allende in 1972. After the September 1973 coup against Allende, Theodorakis’ setting of the “Canto General” became a hymn of the Chilean resistance. He returned to Greece as a hero and a political giant after the dictatorship toppled in 1974. He was a delegate for the newly legalized Communist Party and remained politically active throughout his whole life, joining protests austerity in 2010s and contradicting the neo-fascist “Golden Dawn”.

On behalf of the Party of the European Left, we extend our deepest condolences to his comrades, friends and family.