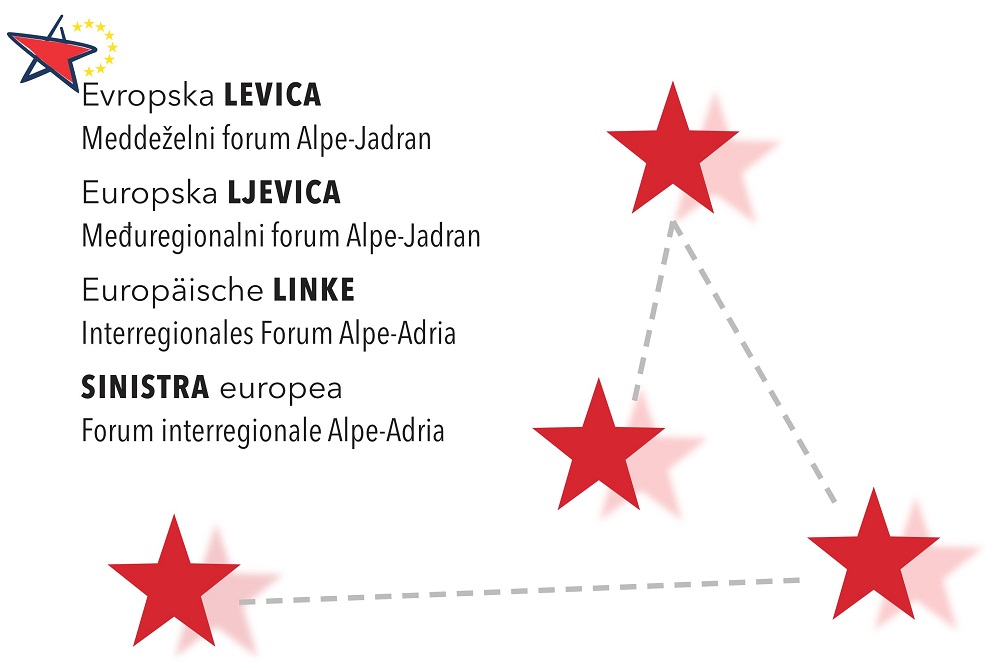 Following the end of the confrontation of the Eastern and Western Blocs, we are confronted with historical revisionism in the politics of remembrance, attempting to push the history of fascism in Europe into the realm of reinterpretation or invisibility at large. At the backdrop of this, we find the decade-long reign of neoliberalism, far beyond Europe, and its attack on the achievements of social movements, destroying rights and social state securities.

In the countries of the Alps-adriatic region (and Europe as a whole), varying backstories make room for varying antagonistic conflicts of remembrance. Yet, we notice similar tendencies in all of the region, not to foster a close or critical examination of anti-fascist resistance, but to deny its relevance and legitimacy at large.

Therefore, we ask ourselves:

➔ How can we counter revisionist endeavours?
➔ What are the specifics of the Alps-Adriatic region?
➔ What is the role of local groups looking at anti-fascist resistance as well as regional renditions of fascism?
➔ What is the potential of pedagogical approaches to regional renditions of fascism and anti-fascist resistance movements in preventing right wing extremism?
➔ How do we conceive of the relation between historical forms of fascism and current mobilizing of fascist and/or right wing populist forces, neo-racism and nationalism?
➔ How do we intend to deal with ambiguities within historical anti-fascist resistance, when they are at the core of ideological attacks by revisionist endeavours? Does it suffice to call out the revisionism at work, or do we have to consider the restrictions conditions of war posed to the idea of universal social emancipation?
➔ While calling out revisionism, how do we avoid uncritically adopting the historical figure of the heroic male partisan? How can we raise awareness of a day-to-day kind of resistance, in particular of women?
➔ How do we make sure to not mistake current calls to action for the historical conditions of anti-fascism, and avoid all too hasty analogies?
➔ Who is our preferred audience for which aspects of historical anti-fascist resistance? What are connections to current struggles, that are not only marked by a revival of right wing extremism, but by new challenges to peace building politics? And how do we react to the exploitation of remembrance of anti-fascist resistance (e.g. in current Corona debates)?

To discuss these questions and contradictions, we invite you to an anti-fascist Alps Adriatic assembly in Klagenfurt/Celovec: if you are interested in joining the presentations live, in German or English, on 14 May, please register by sending an email to : el.interreg.alpeadria”at”gmail.com to get all the access data.

Please find below the programme (in German and English).