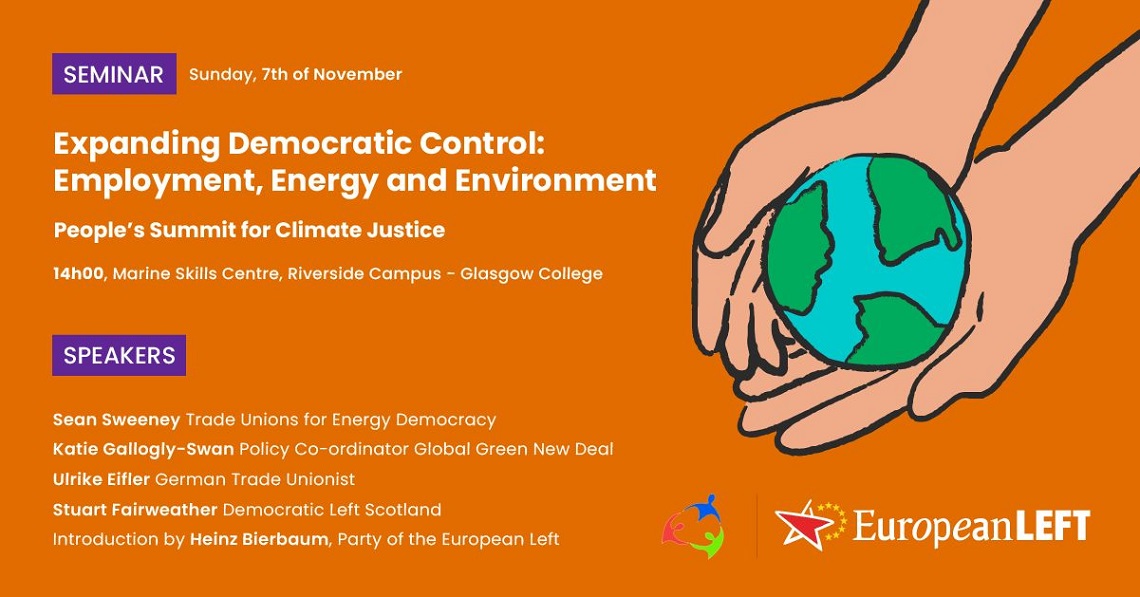 Organised for COP26 by Democratic Left Scotland in partnership with the Party of the European Left.

Communities, organizations, workers, trade unions and countries all around the world are in-creasingly recognizing that renewable energy offers more than environmental benefits like clean electricity, pollution reductions, and climate mitigation: it can trigger deep, societal changes and achieve a more equitable social balance through a fairer redistribution of jobs, wealth, health and political power.

The seminar aim is, then, to explore the potential of the so-called Energy Democracy, in stark contrast with the disparities, vulnerabilities and widespread injustices that the fossil-fuel-based energy has caused to communities around the world, while massively increasing the profits of large multinational energy companies.

The seminar is aimed at highlighting the urgent need for bold, informed action to reclaim democratic control of energy resources as well as the strong link between the energy system change and the transformation toward a more socially just and equal society.

For more information go to the facebook page of the event.