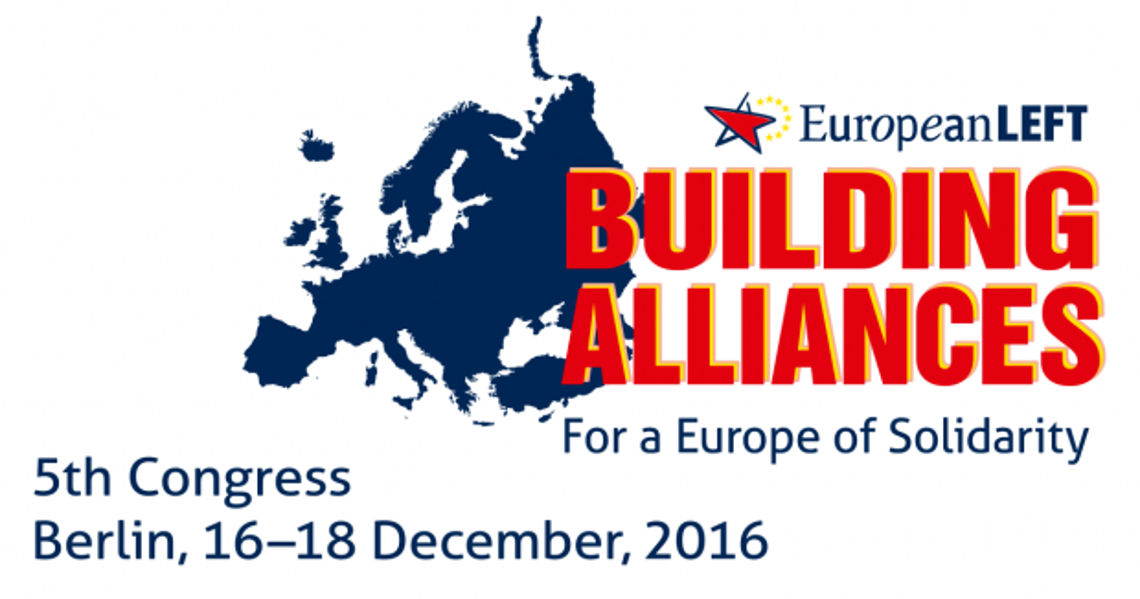 The Party of the European Left (EL) will hold its 5th Congress next December in Berlin, Germany, gathering delegations from all its parties to decide on the political focus for the next three-year term.

The EL Congress will address important issues such as the creation of a broad left-wing front to stand against fascism and the far-right, the fight against tax evasion and the rupture with the negotiations of TTIP, TISA and CETA. The EL stands for a Europe that allows people to take control over economic choices, advocates equal rights for all, dignified welcome and a policy to help migrants and refugees, a Europe that works for peace and not for war and fear.

According to the EL statutes, the Congress will also elect the new ruling bodies and it will decide on the accession of new member parties, observers and partners.

The Congress will take place at the BCC – Berlin Congress Center, between the 16th and the 18th of December 2016.