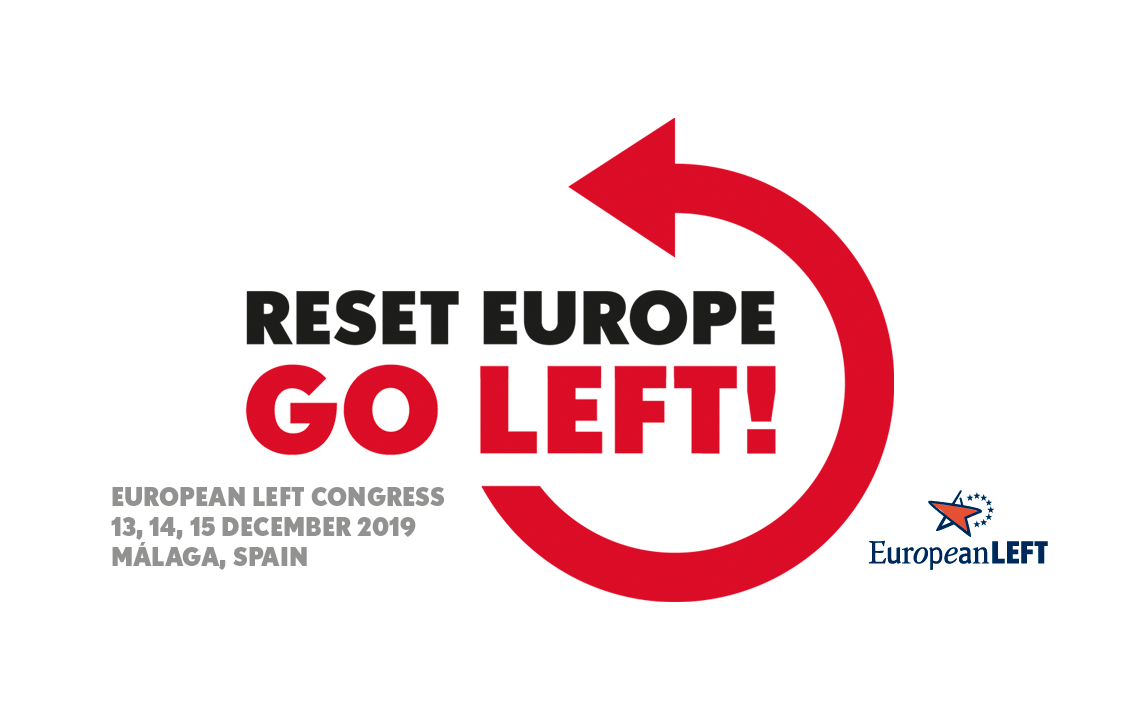 Heinz Bierbaum (Triberg, 1946) is currently responsible for International Relations in the left-wing German party, Die Linke. He has previously served as the general secretary of the trade union IG Metall in the region of Frankfurt, regional MP in Saarland and as vice-president of Die Linke.

He speaks five European languages (German, English, Spanish, French and Italian) and, during his trade-union career, has maintained strong ties to the Italian and Catalan labour movements. He holds a doctorate in economics and worked as a university lecturer in his native Saarland, in the west of Germany.

Find here all the picture of the Congress

During his speech, delivered to the conference’s 400 participants, he described his election as ‘an opportunity and a personal challenge which will require some work’, put stated his strong desire to ‘continue building and improving the European Left’ and to strengthen the position of working people across the continent.

The new leader of the European Left recognised that the party finds itself in a ‘difficult situation’ following the loss of seats in the European Parliament in 2019. This setback calls for a ‘critical evaluation of the future direction of the party.’

‘Our problem is that we were unable to present ourselves as a credible political alternative,’ he stated adding that ‘we have to strengthen the European Left’s political profile.’

Bierbaum maintains that ‘having different positions on whether the EU can be reformed or not’ is compatible with strengthening cooperation between the member parties. ‘We must prioritise what unites us—and that is our politics.’

Find here all the videos of the Congress

He highlighted the areas where the pan-European grouping shares clear political positions such as ending austerity and launching a massive programme of public investment to improve living standards for working class people. Another key point for Bierbaum is a new industrial policy that ensures a clean energy transition  whilst creating jobs and strengthening social and economic rights.

Finally, he called on the European Left’s affiliates to develop a response to the rapid digitalisation of the economy that is causing job losses, greater precarity at work and desperately requires a massive upgrade in skills and training for working-class people.

The other major task facing the European Left Party is expanding to include other left-wing forces whilst maintaining a coherent political message. Bierbaum seeks greater cooperation with progressive forces across Europe and stated his desire that parties such as Podemos and La France Insoumise should join the European formation. This process of expansion already began during the congress where the Basque party, Sortu, affiliated as an observer.

He also threw his weight behind a further development of the European Forum, an initiative to build dialogue between progressive groups, which has garnered the support of sections of the Greens and social democracy, as well as civil society and trade unions.

Bierbaum expressed his desire to build a European party that is not only an umbrella organisation for the European Left but which is also an actor in its own right with distinct identity and activities.

He will be joined as vice-presidents by:

Find here all the documents of the Congress