20 years of Genoa:The struggle for another world continues 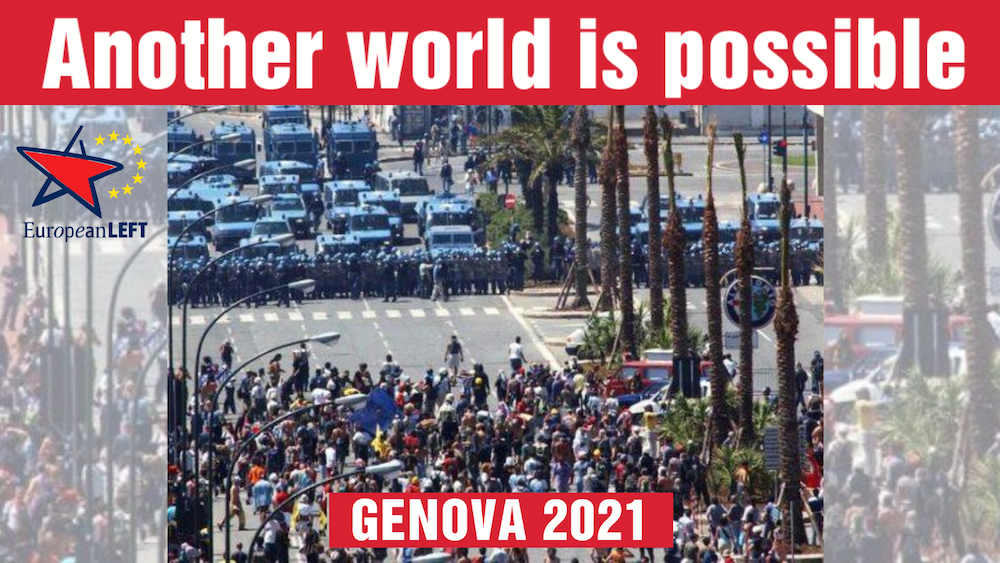 The G8 summit held in Genoa, Italy, on 20–22 July 2001 is remembered as the peak of the worldwide antiglobalization movement.

300,000 people demonstrated between July 20-22, 2001 during the meeting of the “G8” – the richest industrialized countries and Russia – in the Italian city against capitalism, for debt relief, and against injustices in this world. Heinz Bierbaum, the President of the European Left, comments:

“The mobilization against the G8 summit in Genoa was the peak of the anti-capitalist movement that began with the “Battle of Seattle” in November 1999. It was a turning point in the fight against neoliberalism and laid the foundation for the subsequent anti-imperialist movements. It was suddenly clear that an alliance between socialists, trade unionists, students, communists, and Italian workers, who stood in solidarity, contained incredible power. As heterogeneous as they appeared, they were united by a common goal: protesting against “neoliberal globalization from above” and the hope that another world is possible. Genoa led a wave of anti-capitalist movements and protests across Europe and remains an important lesson for the left.

During the counter-summit, there were excesses of violence by the riot police that reached a level that had not been experienced in Italy since the 1970s. The arriving demonstrators were prevented by huge fences from exercising their right to freedom of assembly. One demonstrator, Carlo Giuliani, was shot to death by a carabiner. Escalation strategy was set to deter the international movement that mobilized against the summit.

20 years ago in Genoa tens of thousands of protesters reminded us that “Another World is Possible”. Facing climate change and the need to intensify our struggle for sustainable development and just transition, we’re seeking inspiration in the movement which believed that radical change is feasible. Meanwhile, multinational companies were given tax breaks and handouts by western states, the protest against the G8 summit in Genoa was an example of a common resistance against harsh cuts to services, unemployment, and rising living costs which inspires our actions till today.”